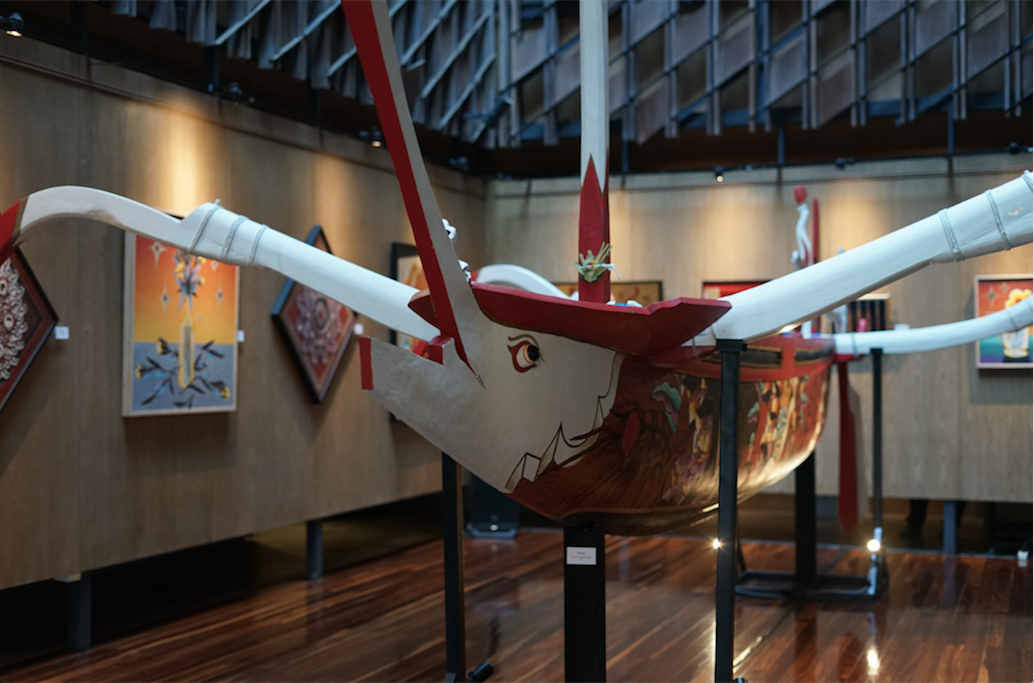 ARTOTEL Sanur Bali re-created an art exhibition theme called Prerai Anyar with artists from Bali, Swoofone, and Donik Dangin. These two artists tell about a village called Denpasar. The starting place where tourists anchored. And a place where people have a livelihood as fishermen such as their Dad. On that basis, Swoofone and Donik had the idea to work with the fishing group Astitining Segara to re-tell the story through images on three wooden jukung owned by Pak Gedo, one of the members of the fishing group.

Through the works of Prerai Anyar, Swoofone and Donik visualize coral reefs, fish, squid, octopus, even starfish that are rarely seen again on the coast of Sanur. The bulkheads in the mural in jukung described the boundaries of corals located in the middle of the sea not far from the beach or natural breakwaters called tinggang. This is all visualized without the usual drawing plan. They flow together, always working together, drawing their distinctive shapes, then mixing their colors. There are gradations of various colors in each element depicted by Donik with a real formation similar to the original, while the peculiarities of red, black, and gold colors are depicted Swoofone with ornamental still formations ala Balinese ornaments. They packed using pencils and chalk, brushing on top of the jukung with details using a special paint for wood, giving a new face to the historic jukungs on the Sanur coast.

Mr. Agus Ade Surya Wirawan as General Manager of ARTOTEL Sanur – Bali said, “It is an honor to continue working with artists from Bali. This exhibition provides something very meaningful and useful for the community and tourists because through the works of art displayed can tell the history of Sanur and Denpasar.”

This art exhibition can be enjoyed by the general public from June 9 to July 15, 2021, at ARTSPACE, ARTOTEL Sanur.