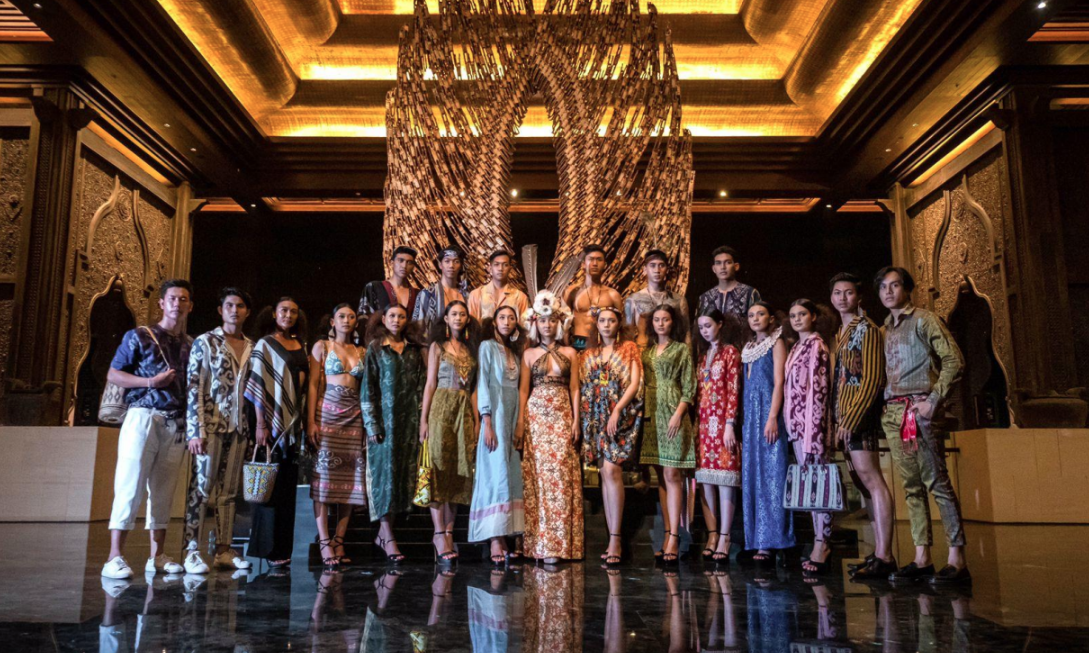 As part of the Unity in Diversity campaign which runs throughout 2022, 5 star resort The Apurva Kempinski Bali is highlighting the traditions and culture from the island of Kalimantan. Through this campaign, this resort has also been conducting various collaborations with the craftsmen of Indonesia, each of them representing the cultural identity of each of the highlighted regions. This time, the resort teamed up with Franklin Firdaus, a fashion designer from the island of Borneo, to set the stage for the island’s heritage.

Franklin Firdaus, who is known for his work through the Franksland fashion label, displays a line of clothing inspired by the colours and culture of Kalimantan. On 3 September 2022, the fashion show, titled Mystery of Borneo, was held in the magnificent Pendopo lobby. The stage presented a variety of clothing that told the stories of patterns originating from the island. Their distinctive colours, as well as the hidden messages contained in each design are conveyed through this spectacular stage. As a fashion designer, Franklin Firdaus, who is a self-taught artist, wishes to convey the culture, traditions, and mysteries of the place where he was born and raised.

Not only through the collaboration stage, The Apurva Kempinski Bali also continues to introduce Indonesian culture and traditions in the implementation of the Unity in Diversity programme, through crafted specialties that is inspired by the island’s traditional foods, handicraft classes, as well as the folklores shared at Jalak Family club, visitors can get to know more about the traditions and culture of Kalimantan.

“The cultural beauty of the island of Borneo really shines through our stage with Franklin Firdaus.” shared the General Manager, Vincent Guironnet. “We hope that through this event, people can continue to appreciate and preserve the culture of Indonesia”

“Unity in Diversity – It means although we have differences, we are still one, meaning despite being diverse, Indonesia as a nation is still one unit. And for me, this Bhinneka Tunggal Ika is a very powerful combination of words that binds this great country together.” said Franklin Firdaus. “As a fashion designer, I find it very inspiring. If we want this culture to be enjoyed by future generations, we must continue to preserve it. At the end of the day we have to start with ourselves, and inspire those around us.”