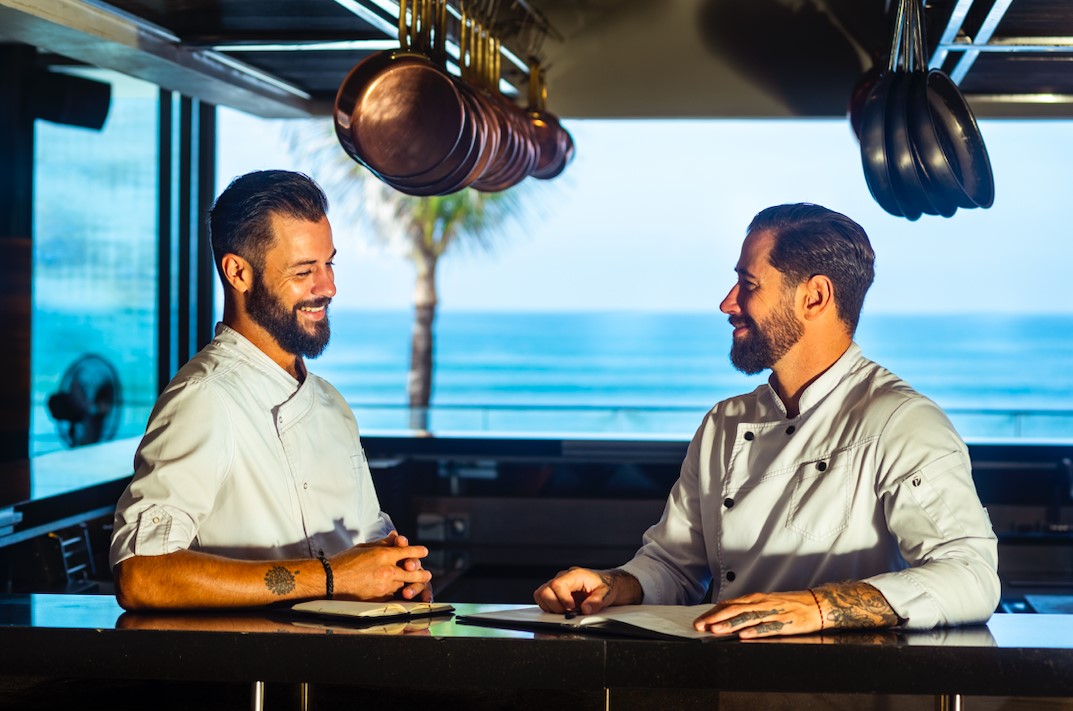 Since joining the team, the pair have introduced ample change to the two KU DE TA restaurants – casual KU DE TA, and fine dining Mejekawi. Inspired by and reflective of the island’s seasonal produce and laid-back tropical lifestyle, the new menu directions encapsulate the food philosophies the new chefs bring with them. Both South African-born and classically trained Cordon Bleu graduates, Jeremy and Warren have established a distinct new dining direction for the venue, focusing on crisp flavours and classic techniques, designed to be enjoyed while digesting the spectacular ocean views.

Both chefs bring international flair and experience to their new roles. Prior to joining KU DE TA, Executive Chef Jeremy spent his childhood on a large-scale family farm, where he developed a lifelong love of fresh and seasonal produce. His career in the kitchen has taken him around the world, from the esteemed private club Ochre Point in Newport, USA to the multi-award-winning North Island, a luxurious private island in the Seychelles. Head chef Warren also boasts an illustrious resume, having worked at one of the World’s 50 Best Restaurants, La Colombe, as well as heading up the team at Madam Zingara and Asoka.

The duo have already begun reinvigorating the menus of both KU DE TA restaurants. “I’m big on innovation,” explains Jeremy. “I enjoy sourcing interesting ingredients and pairing them with trending flavours. I also like connecting with a wide range of palettes. Because KU DE TA has such an international clientele, I’ve ensured that there is something for everybody on our menus. It’s imperative that we select premium produce and deliver them at the highest level.”

Dishes won’t fall into a specific niche says Warren. “[We focus on] creating menus and special dishes that are consistently great and not necessarily from a specific genre. The chef is the genre or style. Respecting the ingredients and giving them the care they are due, to accentuate what they are and how you want the customer to perceive them, with harmonious flavour, texture, colour and presentation. [We’re] hoping to tickle all of the senses while doing so, to create an experience rather than a plate of food.”