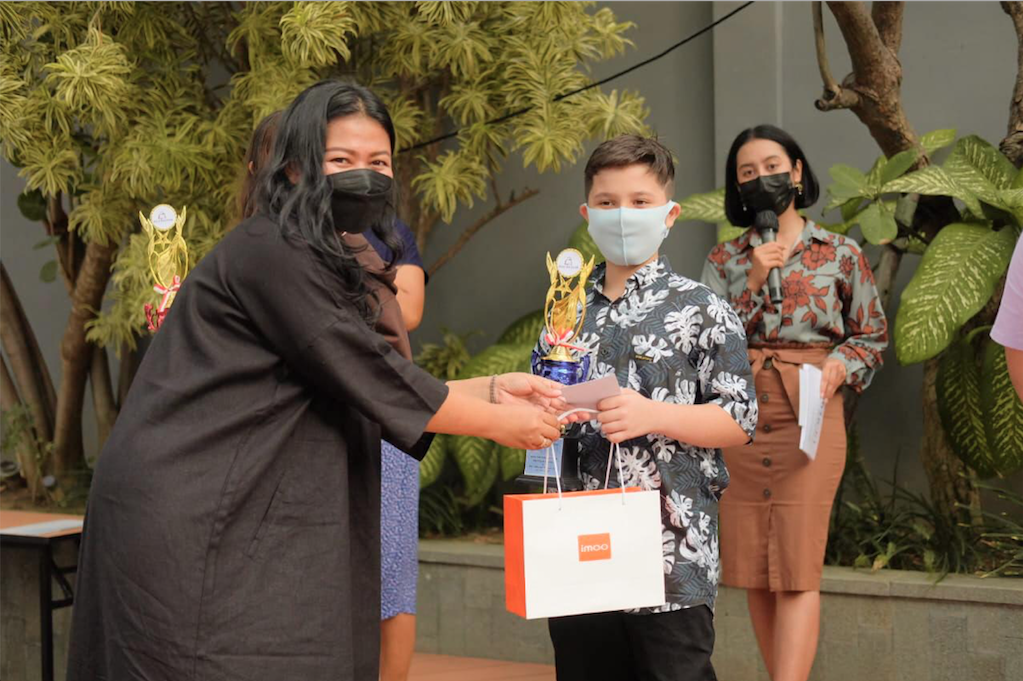 A series of the event at the end of May, to be exact, on May 29, 2021 that held by Fairfield by Marriott Bali Legian which participated by 11 MSME tenants Bazaar domiciled in Bali as well as a Drawing and Coloring Competition. This event carries the theme Weekend Bazaar and Charity, where the works of children participating in the drawing and coloring competition have been auctioned and the proceeds will be donated to the Adi Rare Bhuana Foundation.

Through this fundraising, Fairfield by Marriott Bali Legian has helped 2 children at the Adi Rare Bhuana Foundation. These two children came from poor families but they have high enthusiasm for school. The two children are named Amel and Arda.

Amel’s father’s job before the pandemic was as a laborer and sometimes also worked as a fisherman. Meanwhile, Amel’s mother also works as a laborer. However, since the pandemic, Amel’s parents can no longer work because there is no call. Even with this condition, Amel is quite active and enthusiastic in every activity held by her school. She is always diligent and active in doing the assigned tasks or homework and also Amel always shows a persistent attitude in studying.

The other child is, Putu Arda Yumedika or commonly called Arda. A child born on January 6, 2010 who lives in Manukaya Village, Tampaksiring, Gianyar. Arda is the only child of I Made Sumerta and Dewa Ayu Sasih. Both of Arda’s parents are people with disabilities.

Before the Pandemic, Arda’s father worked as a laborer in the Tampaksiring area, while his mother was a cook at the Sensng Hati Gianyar Foundation and also made handicrafts from the Senang Hati Foundation. However, since the pandemic, they can no longer work. Their daily life now only relies on the proceeds from the sale of canang by his father and Arda’s mother now works odd jobs.