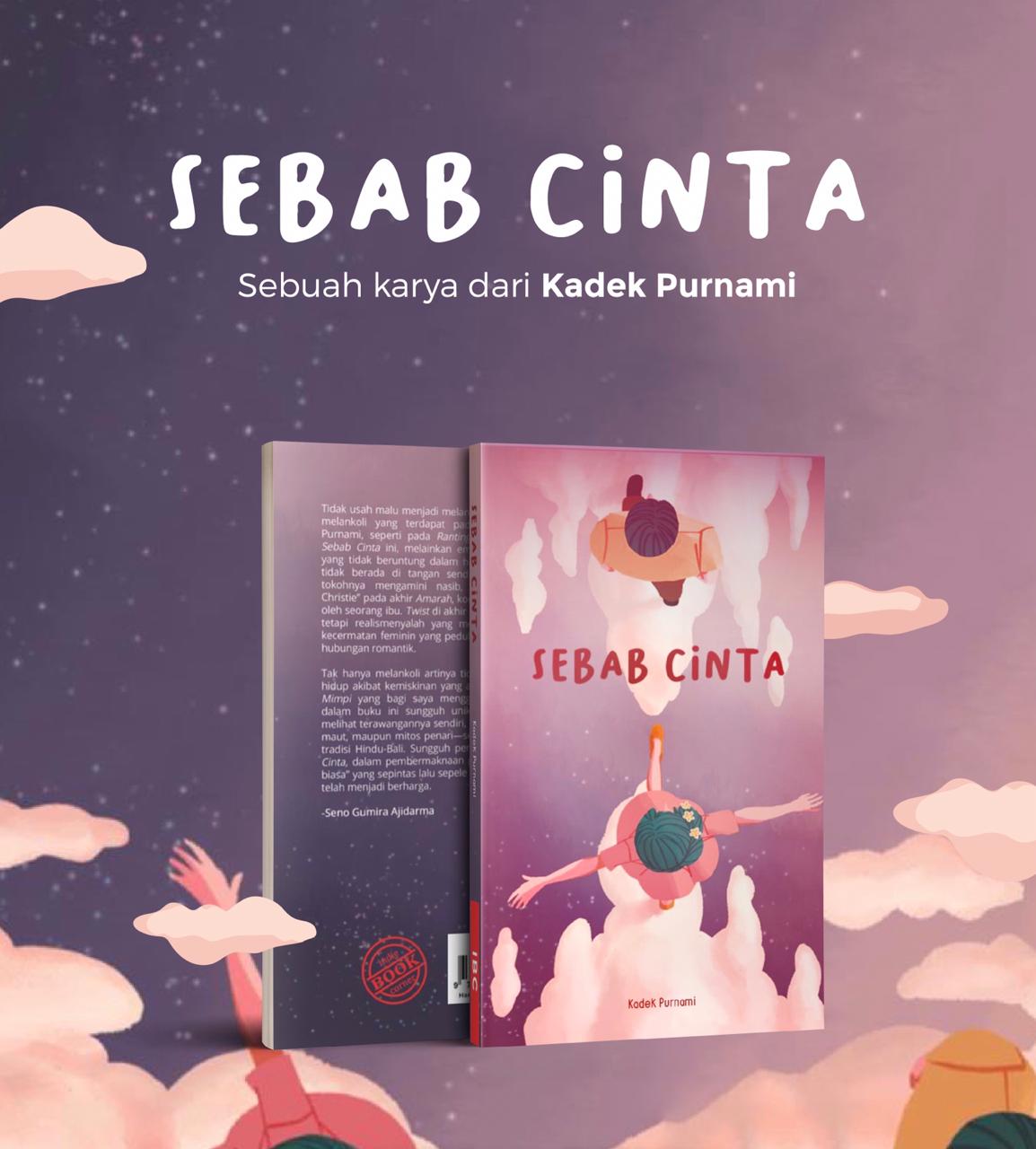 The short stories compilation Sebab Cinta by Kadek Purnami was reprinted in 2020 after its limited edition print in 2012. The book contains 12 short stories and 1prologue with various themes of romance, dream expectation, disappointment, agony and contemplation in life. In addition, the stories also highlighted the strong Balinese culture and tradition.

“No need to be embarrassed to feel melancholy, not only about the stories in this book, but also the melancholic feeling developed from one’s empathy toward the less fortunate characters in this world. The final twist at the end, seems typical, but the reality gives the connotation with a feminine thoroughness that paid details to the romance. It is important to pay attention to this book, ‘Sebab Cinta’, we got the valuable meaning of a brief ordinary experience that seems unimportant from the people around us.” stated Seno Gumira Ajidarma

Reprinted with a new cover, this book appears to be a more current by Jogjakarta Indie Book Corner. In addition, the book Sebab Cinta have an illustration on each story.

At the same year, in addition to its reprint, this book was also appear in the version of audiobook by audiobookportal.com . The writer was also the reader in her audiobook with a musical background by various musicians.

“ I am glad that this book was reprinted and was also recorded as audiobook. This will enable the book to reach wider readers listeners. I also hope that the audiobook will open a deeper imagination and will eventually expanded to a theatrical performance “said Kadek Purnami.

Kadek Purnami is a famous writer from Ubud Bali, she has been writing for a while and is also active in various culture and writing activities.